Is This An Emergency?

Manitoba Crime Stoppers is not a direct line to the police, if you need immediate assistance please call 911, or use any of the links listed below.

Submitting for Winnipeg or Brandon?

If the crime occured in the city of Winnipeg or Brandon, please use the links below to submit a tip.

Continue to submit a tip to Manitoba Crime Stoppers × 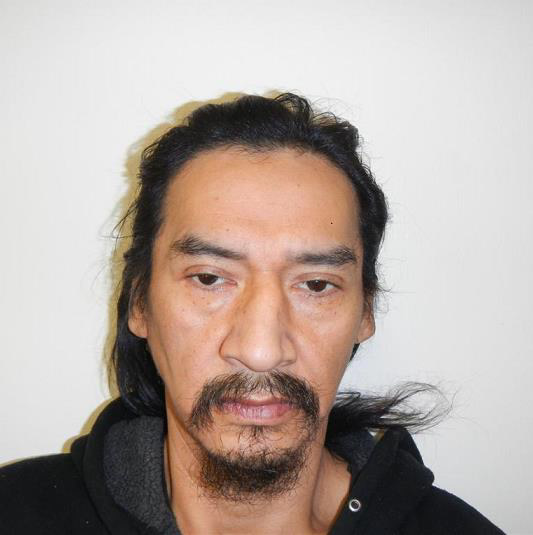 Selkirk RCMP Detachment and Manitoba Crime Stoppers are seeking the public’s assistance to locate Derwin BEARDY, 45, of Garden Hill First Nation. Derwin was reported missing to the Selkirk RCMP on June 26, 2016 and the investigation has revealed that he has not been in contact with family or friends since last being seen on June 3, 2016 in Selkirk. Derwin is believed to be in the Winnipeg area and is known to frequent shelters. He is described as 5’11 and weighing 154 lb with black hair and brown eyes.

Anyone with information about this incident is asked to call the Selkirk RCMP Detachment at (204) 482-1222.

By providing information that Crime Stoppers will share with law enforcement agencies, you are providing an important and valuable public service. We understand that disclosure of your identity might put you at risk. We do everything we can to protect your anonymity. However, that anonymity may be open to challenge in the following situations:

For a fuller explanation of these principles, help us to help you by reading and understanding the “Tipster Information” on the Canadian Crime Stoppers website.